Different Colour of the Tongue Give Different Signals

Different Colour of the Tongue Give Different Signals.

👉🏻 The doctor usually checks the tongue for any disease.

Different colors of the tongue give different signals.

▪️The tongue is the RC of the abdomen.  If there is any disturbance in the stomach, it is revealed by the tongue.

Spots or patches on the tongue are a sign of diseases ranging from normal stomach upset to cancer.

▪️ In the same way the personality information of a person can be obtained from the tongue. 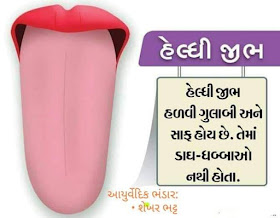 When you go to the doctor because of any illness, the doctor also looks at your tongue while doing the checkup. 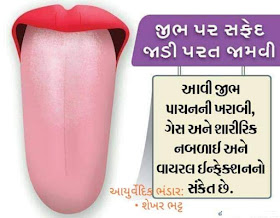 👉🏻 Normally if we are healthy, the tongue is light pink in color, with fine white mounds called test-buds.  There is a groove between these hills. 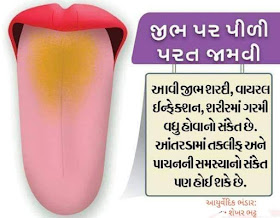 👉🏻The tongue never has a flat surface.  It is also a little rough.  Understanding that a person is quite healthy when they have this type of tongue, but a change in the color of the tongue is a sign that something is wrong. 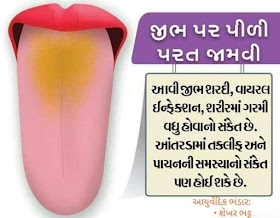 Explaining what can happen if the color of the tongue changes from pink to red, family-physician Dr.  Says, ‘If the tongue is red, swollen, it is called glossitis.  In which the tongue becomes swollen for some reason and the blood supply increases or there may be many different reasons behind it.  This happens when there is too much heat in the abdomen, there is a change in hormones, fever starts. 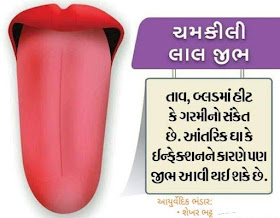 In addition, if there is any kind of infection in any part of the body, it mostly affects the tongue first, which causes the tongue to turn red. 'White or black color 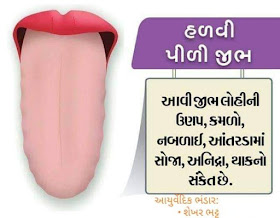 The tongue is the abdominal RC.  If there is any disturbance in the stomach, it is revealed by the tongue.  Often there is a white rash on the tongue which does not come out even after cleaning with ulia.  Either the motion is disturbed, there is constipation or there may be an infection in the stomach. 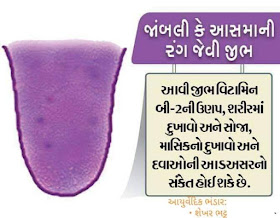 Many people's entire tongue is brown.  This type of tongue does not show any particular damage.  It looks different.  The main reason behind its color may be excessive consumption of tea or coffee or smoking.  Due to such habits, the skin of the tongue gets pigmented and changes its color.  Adding other information to this, Dr.  Sushil Shah says, "Apart from that, there is often a mixture of both black and brown colors which can be attributed to bacterial infections.  The infection can cause pain, swelling or even a lump in the tongue. '

Doctors can tell if a person has a very pale tongue that they may have anemia, because if the hemoglobin is low, it can be detected immediately by the tongue.  In addition, if a person's tongue feels dry, i.e. lack of saliva or water in the tongue, it is a sign of danger, especially in young children, as this sign indicates that the person has become dehydrated.  Sometimes when the tongue is dry, it starts to look relatively small, so it looks like it has become smaller.

Often the tongue is quite swollen.  Talking about it, Dr.  Sushil Shah says, ‘Sometimes the mouth feels as if it is filled with the tongue, which is called macroglossia.  The reason behind this may be hypothyroidism.  The disease causes weight gain, as the body's tissues swell and have the same effect on the tongue. ' 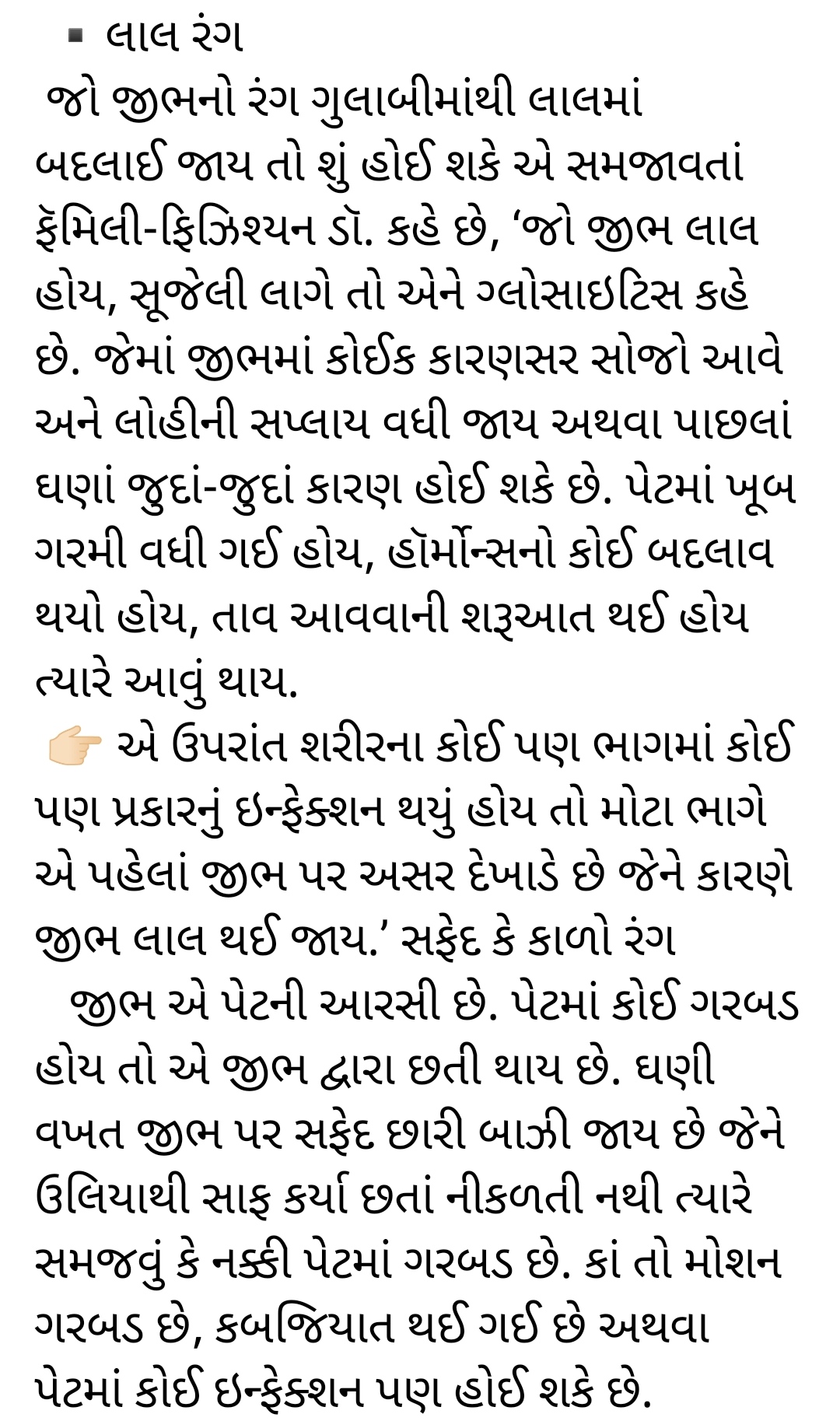 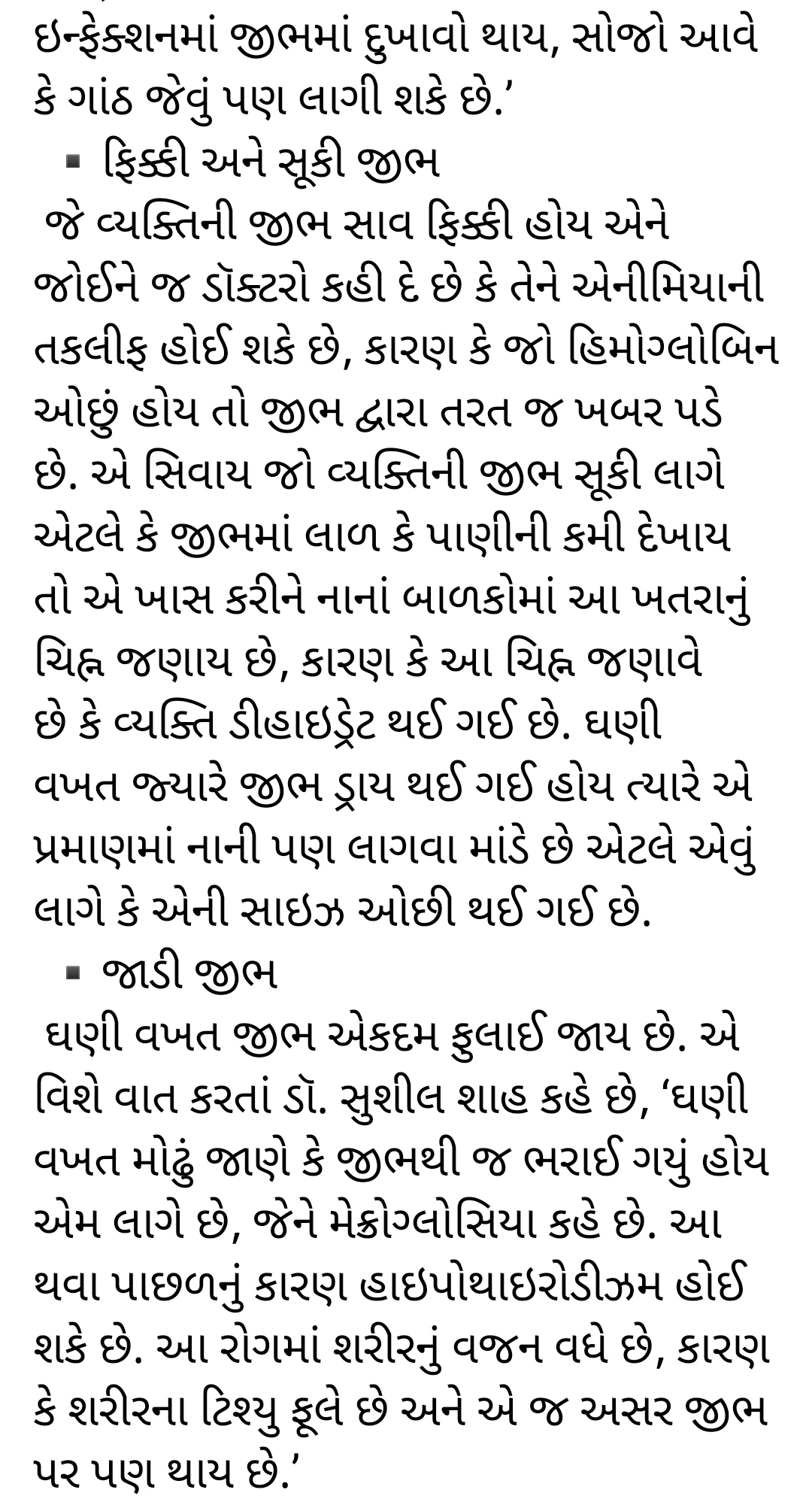 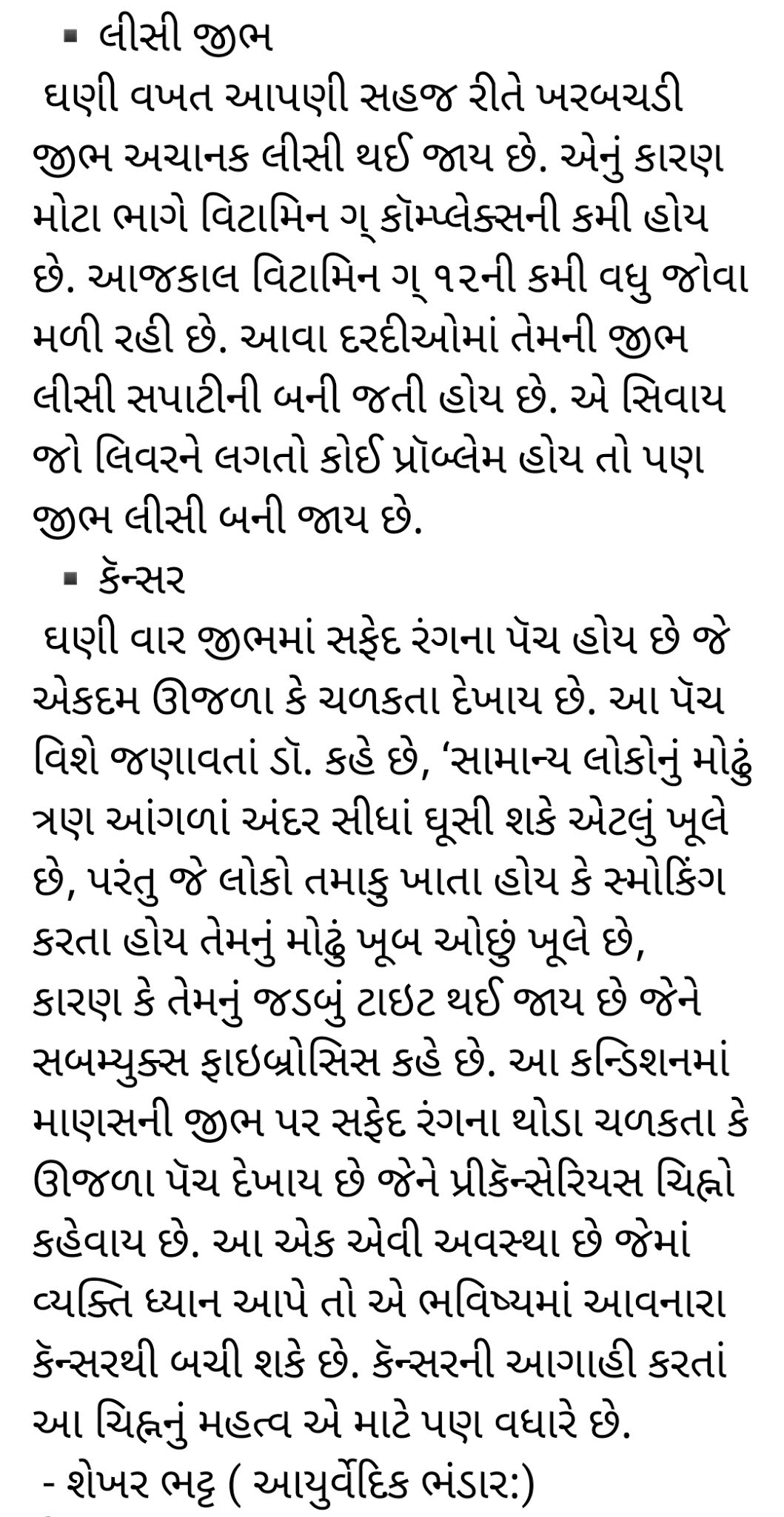 Often our instinctively rough tongue suddenly becomes smooth.  This is mostly due to lack of vitamin G complex.  Nowadays, vitamin G12 deficiency is more prevalent.  In such patients their tongue tends to become a smooth surface.  Also, if there is a problem with the liver, the tongue becomes smooth.

The tongue often has white patches that look very bright or shiny.  Speaking about this patch, Dr.  Says, ‘The mouth of the common man opens wide enough to penetrate directly into three fingers, but the mouth of people who eat or smoke very little opens, because their jaw becomes tight which is called submucous fibrosis.  In this condition, a few shiny white patches appear on a person's tongue called preconceived signs.  This is a condition in which if a person pays attention, he can avoid future cancers.  This sign is even more important for predicting cancer.