The government will come up with a new plan to prevent electricity power theft.

WELCOME TO WWW.KAMALKING.IN EDUCATIONAL AND LATEST JOBS UPDATES PORTAL SINCE 2012.

One unit will be caught even if the power is stolen

The Gujarat government has also shown readiness for this scheme.  So now if even one unit is stolen, the information including the location of the power theft will be immediately reported to the company.

The scheme will be implemented in 4 companies of energy department

The state government is going to implement a new scheme to curb power theft due to frequent incidents of power theft in the state, which have led to an increase in cases of assaults on them by power officials.

The Centre's scheme called SCADA will now be implemented in Gujarat as well, for which the state government has also shown readiness.

The scheme, called SCADA, will be implemented in 4 companies of the energy department, the scheme will replace all the electricity meters after which even if one unit of electricity is stolen, it will be caught.

- Enter Your 11 Digit Consumer Number to View Your Bill Detail

This is an app build for the Customer and Employees for know the bill amount.

The central government prepared a plan of 2 lakh 32 thousand crore. 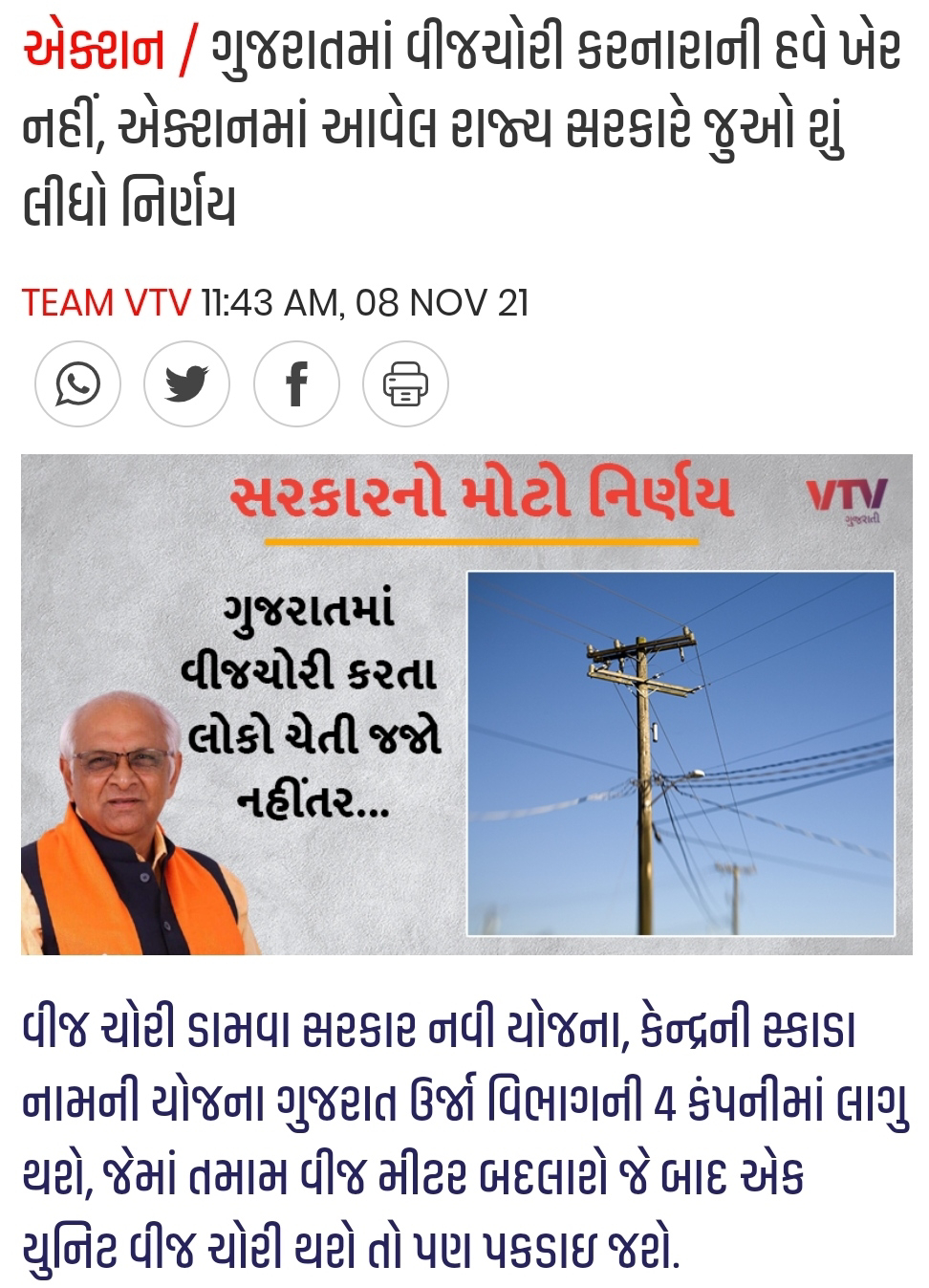 The scheme will be implemented in Gujarat in the near future. It is important that the central government has prepared a scheme worth Rs 2 lakh 32 thousand crore which will monitor all the meters applied in Gujarat.  Direct information will be given to the power companies in which the information including the location of the place of power theft will be immediately reported to the power company. Due to power theft, the Gujarat government loses crores of rupees every year.  With this, the government is refusing to implement this new scheme soon.