Half of India's urban population is trapped! Find out how much your weight will keep you in ideal shape

The Indian Council of Medical Research (ICMR) has released a report on the country's eating and drinking habits by the National Institute of Nutrition (NIN) on September 28. According to the report titled What India Eats, there is a big gap in eating habits in India's cities and villages. 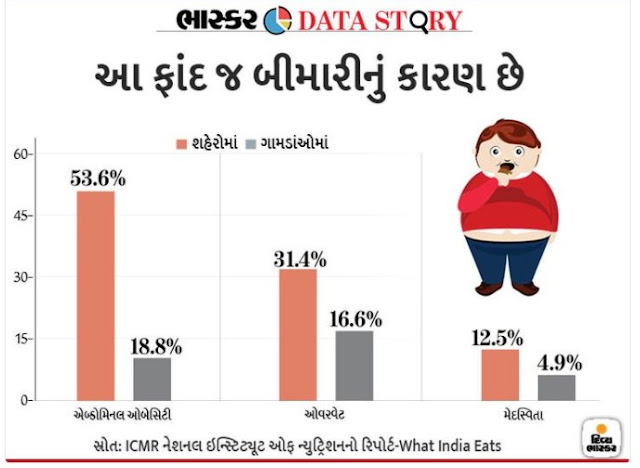 Has the calculation of body mass index changed? 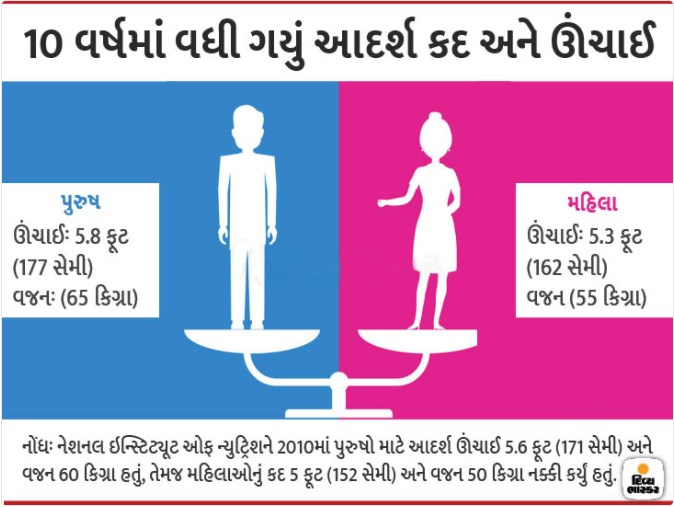 Why is this What India Eats report special?

A similar report was prepared ten years ago, but there was no data on the villages at that time. For the first time, the contribution of total energy, protein, fats, and carbohydrates from different groups has been reported. It uses two national level survey data.

The report also recommends My Plate, i.e. what the right quality of foods should be on your plate. This will strengthen the immune function. Diseases like diabetes, hypertension, coronary heart disease, stroke, cancer, arthritis can also be prevented.

Reports from 2015-16 National Family Health Survey-4, National Nutrition Monitoring Bureau, WHO and Indian Academy of Pediatrics 2015 have been studied to prepare What India Eats report.

Does your diet meet your body's energy needs?

No. According to the report, the chronic energy deficit in cities was 9.3%, while in villages it was 35.4%. This means that every third person living in a village is suffering from a food-related illness. 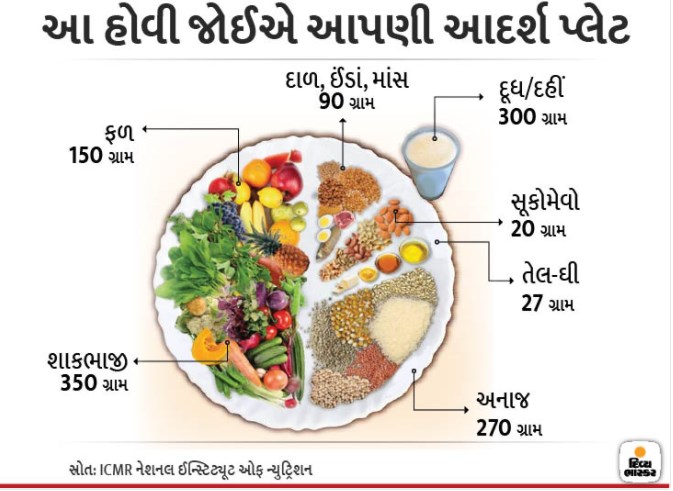 Is reliance on grain as an energy source justified?

According to ICMR's Hyderabad-based National Institute of Nutrition, cereals should be your source of 45% energy. The reality is that 51% in cities and 65.2% in villages consume grain as an energy source.

The contribution of lentils, beans, meat, eggs and fish as energy sources is 11%, while it should be 17%. Similarly, only 8.7% of the rural population and 14.3% of the urban population consume adequate amounts of milk and milk products.

The report states that people in cities consume 11% of their energy needs from chips, biscuits, chocolate, sweets and juices, but the situation is better in rural areas. There are only 4% who do so. Only 5% of rural and 18% of urban population have good quality protein.

What does My Plate's advice say?

The report states in the name of My Plate what would be the ideal plate for you, where you get enough energy and also called a balanced diet. For this 45% of your calorie / energy source should be grains. 17% calories / energy should be obtained from pulses and flash foods and 10% calories / energy from milk and dairy products. Fat intake should be 30% or less.

For the first time, fiber based energy intake has been included in diet tips. Accordingly, 40 grams of fiber-rich food should be taken daily. There is a limit of 5 grams of iodine or salt and 2 grams of sodium. 3,510 mg of potassium will also add nutrition value to the body.

Men with sedentary, moderate and heavy activity are advised to take 25, 30 and 40 grams of fat. Fat intake for women with similar activity is determined at 20, 25 and 30 grams per day. In 2010, fat intake was kept the same for men and women.