Gujarat is scheduled to hold assembly by-elections next November.

But a review of the current situation in Corona has postponed local self-government elections.

The General Elections of 6 Municipal Corporations, 55 Municipalities and 231 Taluka Panchayats are coming to an end in November.

Legislative by-elections are to be held in the state, but the Election Commission was also in a quandary as the panchayat election exercise would be too big.

For several days now, there has been speculation that the corporation and panchayat elections will be delayed.

The Election Commission has issued a Notification in this regard and said that the decision will be taken after reviewing Corona's condition in the next three months..

It may be mentioned that the general elections of Ahmedabad, Rajkot, Vadodara, Surat, Bhavnagar and Jamnagar Municipal Corporations were held in the year 2015 and their term is coming to an end in November. 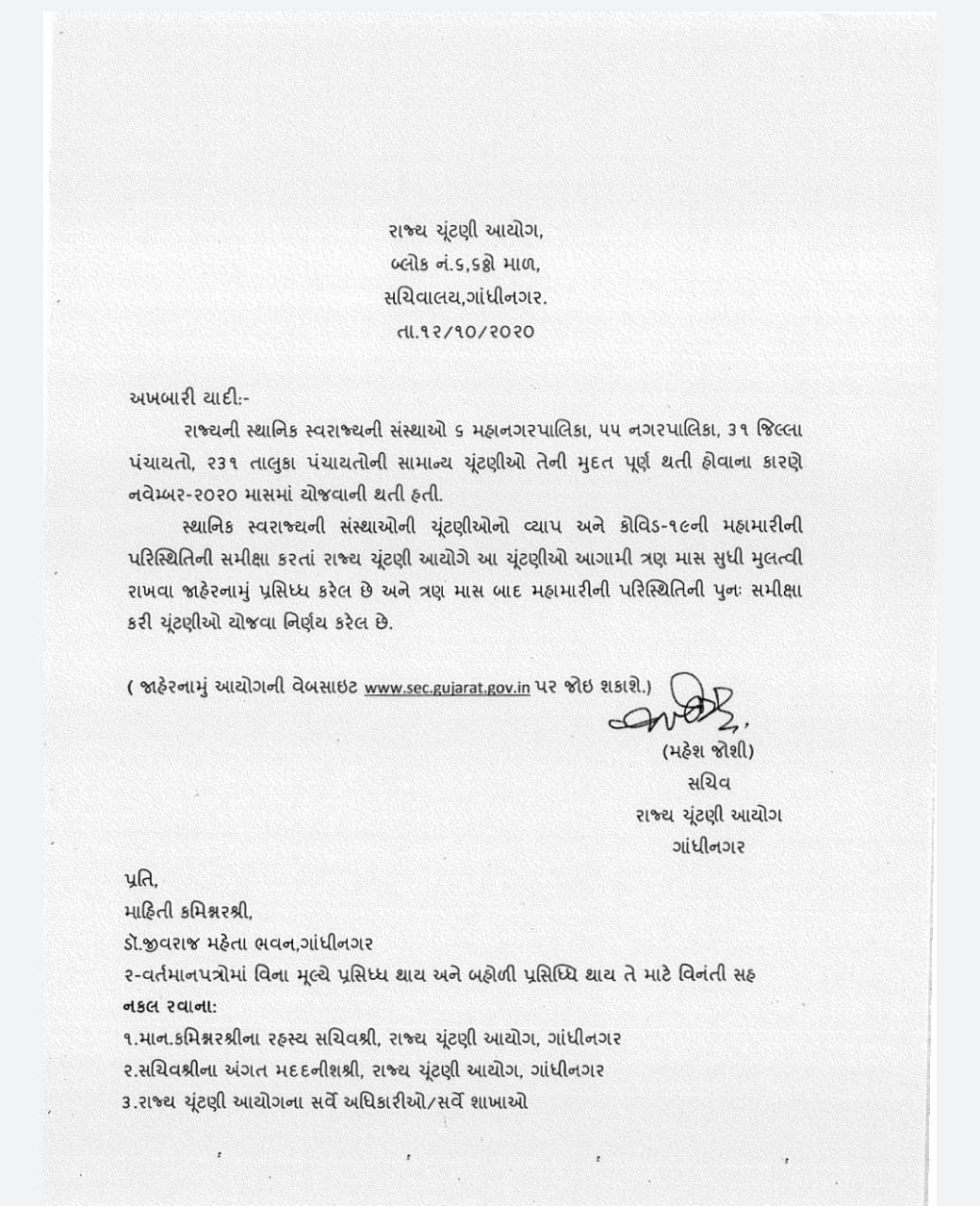 The holding of Elections was Opposed by various Staff Unions..

The state Election Commission was also preparing to hold the general Elections of Palika-Panchayat in November-December when the by-elections of 8 assembly constituencies in the state are to be held on November 3.

Following Covid-19 transition, the Election was opposed by 15 different unions involved in the Election Process. 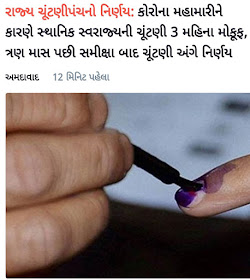 ALSO READ: ELECTION ALL OTHER UPDATES

The general elections of 6 Municipal Corporations, 55 Municipalities, 31 District Panchayats, 231 Taluka Panchayats were scheduled to be held in November 2020..

Now these elections have been postponed because of Corona.

The elections have been postponed for the next three months after the state Election Commission announced.