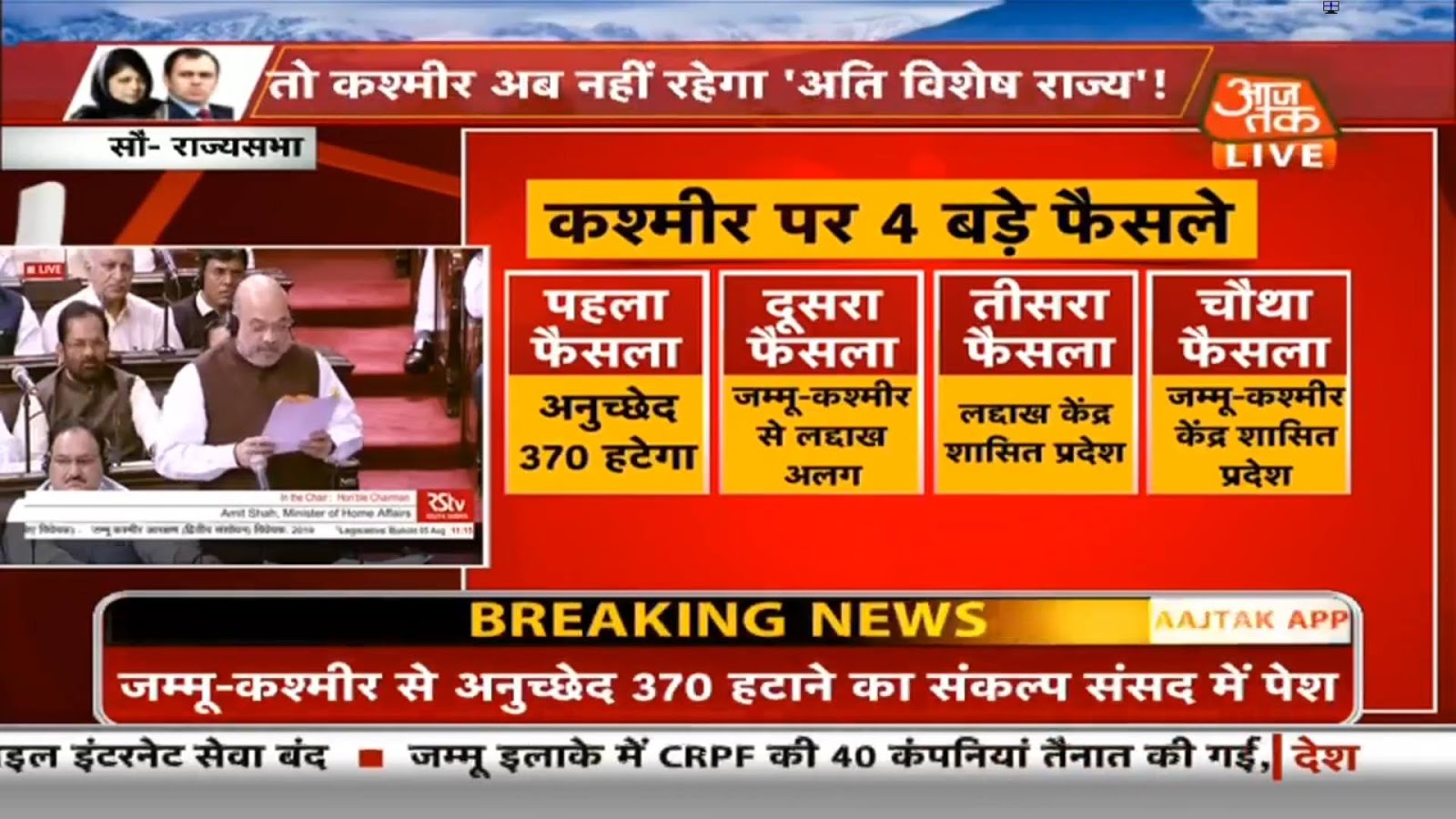 * Speaking in the Rajya Sabha on Monday, home minister Amit Shah announced on Monday that Article 370 which grants special status to the state of Jammu and Kashmir will be scrapped.
* The home minister also announced the bifurcation of the state in two union territories. J&K to be a union territory with legislature. Ladakh will also be a UT without a legislature.
* The home minister announced that Jammu and Kashmir will no longer be a state and it will be bifurcated in two parts — J&K and Ladakh.
* Jammu and Kashmir will be a union territory with a legislature.
* Ladakh will a union territory without a legislature.
* Earlier in the day, the Union Cabinet headed by PM Narendra Modi met in New Delhi amidst speculation that the government may take some decisions on Jammu and Kashmir. Union home minister Amit Shah and law minister Ravi Shankar Prasad were the first to reach the prime minister's residence, where the meeting is taking place.
* Former chief ministers Omar Abdullah and Mehbooba Mufti were not be allowed to move out of their respective house in view of the restrictions, while Congress leader Usman Majid and CPM MLA MY Tarigami claimed to have been arrested around midnight.
* The government on Monday imposed restrictions under section 144 Code of Criminal Procedure (CrPC) in Srinagar district with effect from midnight, which shall remain in force till further orders. On Monday morning, Section 144CrPC was also imposed in Jammu region.

* The authorities imposed night curfew in Kishtwar and Rajouri districts and Banihal area of Ramban district. The authorities also imposed curfew and restrictions in Rajouri district from Sunday night and ordered the closure of all educational institutes.
* Mobile Internet services have been suspended in the Kashmir Valley and satellite phones were provided to police officials and district magistrates.